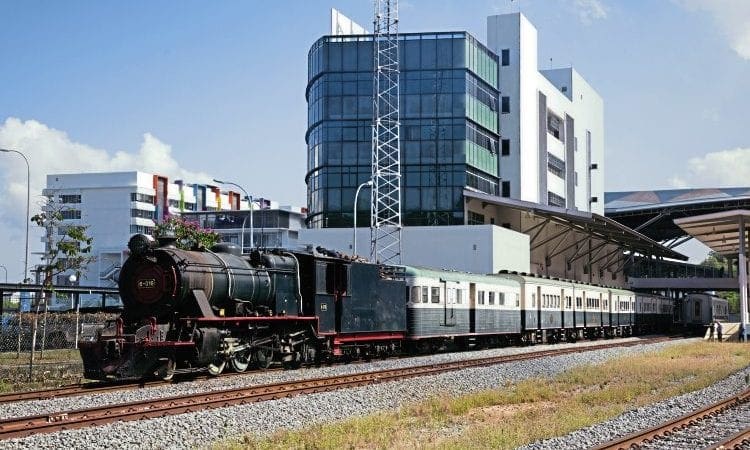 Two of the last steam locos built by Vulcan Foundry (Newton-le-Willows) are used in the Malaysian state of Sabah to operate regular tourist trains.

The train between Tanjung Aru (Kota Kinabalu) and Papar runs normally on Wednesday and Saturday, and is a joint venture between the Sutera Harbour Resort, near Kota Kinabalu, and the Sabah State Railway (Jabatan Keretapi Negeri Sabah – JKNS).

The other two locos remain in Sabah, although 6-014 is now derelict at the JKNS depot at Papar. The JKNS network dates from the late-1890s when tobacco growers sought transport for their product to the coast.