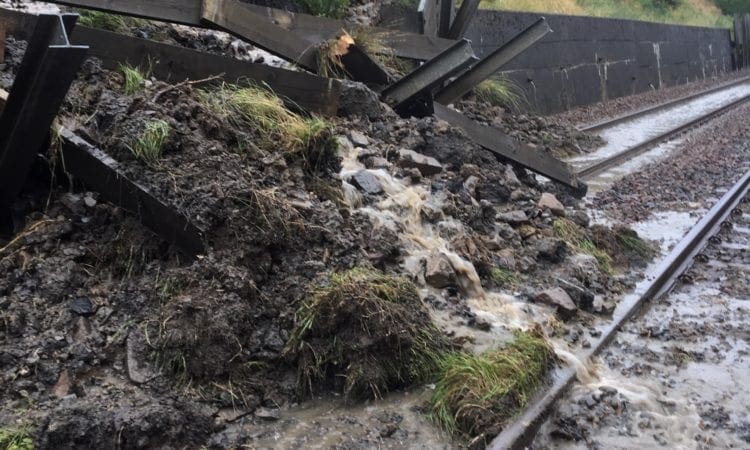 Passengers in Cheshire, the North West and Cumbria should check before they travel as landslips and flooding caused by heavy rain are affecting some journeys.

The Great North Rail Project have said that around 150 tonnes material slipped onto the tracks at the landslip on the Settle-Carlisle line.

“Around 150 tonnes of material slipped onto the tracks – and we have cleared most of it. Safety inspections are needed before we can reopen the railway.”

Affected journeys and locations include:

A before and after of the landslip on the Settle-Carlisle line. Around 150 tonnes of material slipped onto the tracks – and we have cleared most of it. Safety inspections are needed before we can reopen the railway. Check with @nationalrailenq @northernassist for the latest. pic.twitter.com/ajkjRELsIh

Phil James, from Network Rail, said: “The majority of the railway is unaffected but landslips and flooding caused by heavy rain are affecting some services. We are doing all we can to clear lines and reopen as normal.

“I’d like to thank passengers for their patience and my advice is to check before you travel and allow extra time for journeys which have been impacted.”

Northern are advising passengers affected that stations may see disruption until about 8pm.

Passengers can plan their journeys and check for the latest travel information at www.nationalrail.co.uk.

History, Mystery and Disaster - Delve into the In Training Podcast