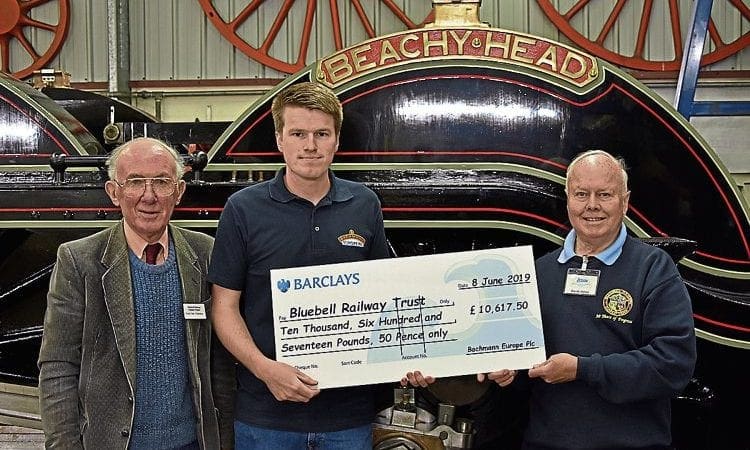 Bachmann Europe Plc presented a cheque for £10,617.50 to the Bluebell Railway’s Atlantic Group during the line’s Atlantic House Open Weekend in June.

The donation was made in recognition of assistance provided by the group during the development of the Branchline model of the H2 Class Atlantic, which was first announced during the 2013 Bachmann Collectors’ Club Members’ Day at the Bluebell.

On that occasion, club members were able to see the development of the full-sized locomotive being built there for themselves.

It was back in 2000 that the Bluebell Railway announced its intention to build a new H2 Atlantic locomotive based on No. 32424 Beachy Head, which had been withdrawn in 1958.

At the time of the H2 announcement several key components had already been amassed, including a boiler from a GNR Atlantic, a tender chassis from a London Brighton & South Coast Railway B4 and tender wheelsets and axleboxes from an LBSCR C2X.

Such has been the progress since that it is hoped the locomotive will enter service on the Bluebell Railway during 2021.

Read more News and Features in the August issue of RMM – available now!