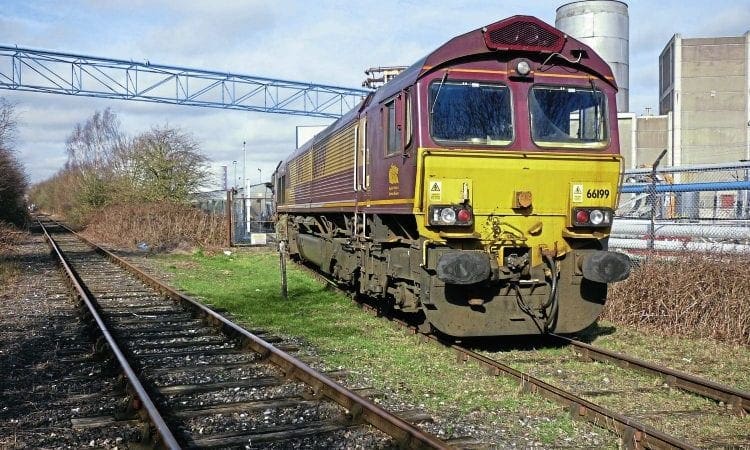 Tim Helme recounts some of the stress, strife and shenanigans on the diminutive Derby branch line to Sinfin from 1990 to date.

THE Sinfin branch, which is accessed at Melbourne Junction about one-and-a-quarter miles south-west of Derby, was originally laid in 1868.

The line was never much of a success, however, and lost its passenger service in 1930 – although the section south of Chellaston became the Melbourne Military Railway during the Second World War.

This line survived under British Rail until 1980 then was lifted in 1988, and today much of it is National Cycling Route 6 ‘The Cloud Trail’.

Somewhat against the grain, two new stations were built at Sinfin North and Sinfin Central and this remaining stretch of track reopened to passenger services in 1976.

Read more and view more images in the August issue of RE – on sale now!