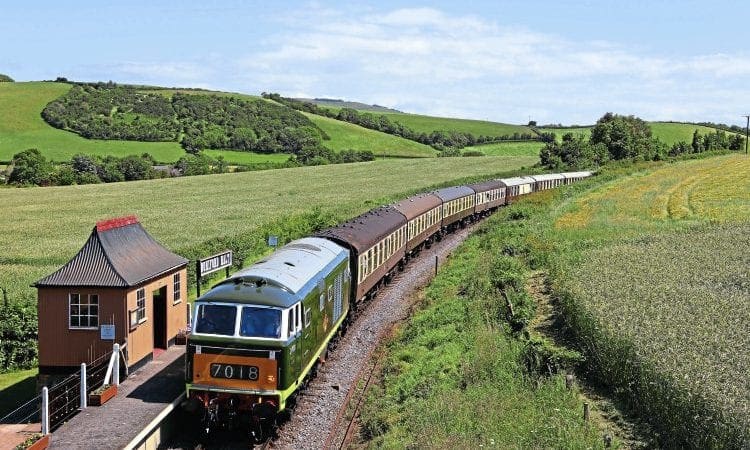 THE Diesel & Electric Preservation Group’s No. D7018 re-entered traffic on June 20, almost 24 years after it had to be taken out of service owing to a major engine failure.

The ‘Hymek’ had been close to a return for some time, and first had a test run back in 2016, but this showed up a number of faults and so it was October 2018 before it next ventured out under its own power.

Initially based at the Didcot Railway Centre, it moved to the West Somerset Railway in 1991. After the failure in 1995 while working a ‘Quantock Belle’ dining train on the line, the loco was stored for some time, with a full power unit rebuild beginning in 2002.

■ Although No. D7018 is back in service, the D&EPG’s ‘Western’ No. D1010 Western Campaigner is now the subject of attention, having been stopped around a year ago with a transmission failure. The transmission was removed from the loco in October 2018 and an investigation is being carried out to ascertain the cause before repair work starts.

Read more News and Features in the August issue of RE – on sale now!