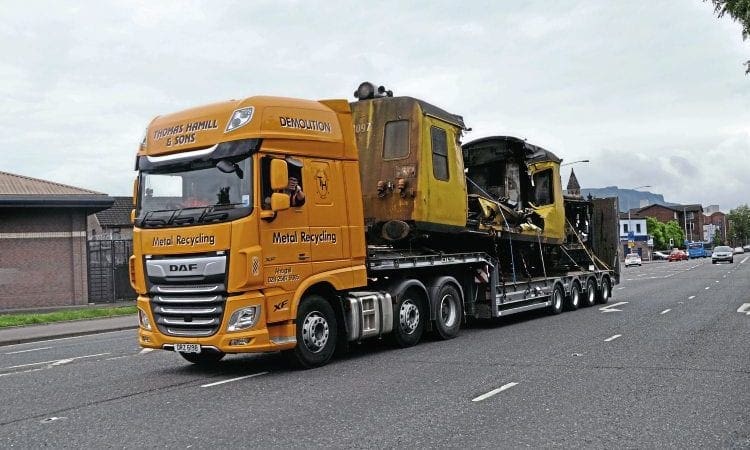 THE final BREL-built (80)80 Class DEMU vehicle to be on NIR’s books, No. 8097, was removed by road from Belfast York Road on June 8, by metal recycling contractor Thomas Hamill & Sons and taken to its premises at Ahoghill, near Ballymena, for disposal. The vehicle was cut in two before its final journey.

No. 8097, latterly a Sandite application vehicle, had been stored at York Road since November 2017 when it and the three other DEMU vehicles of the Sandite train plus a spare trailer were sidelined following the introduction of the Windhoff-built MPV No. 99 70 9428 011-9.

The scrapping of No. 8097 brought to an end the era of the DEMU ‘Thumpers’ on the railway network of Northern Ireland – an era that started in July 1966 when the Ulster Transport Authority (UTA) introduced the first of its 70 Class trains.

Read more in the August issue of RE – on sale now!