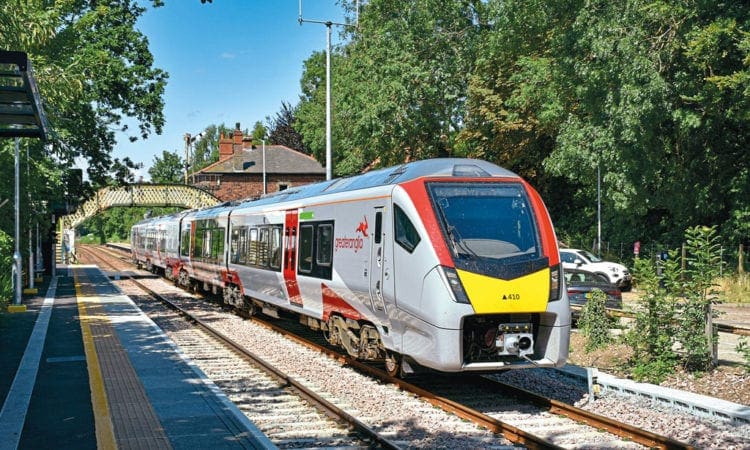 No. 755410 worked the diagram previously operated by the top-and-tailed Class 37 ‘short set’, beginning with the 07.47 Lowestoft-Norwich. The loco-hauled set will remain on standby until more units are available.

GA says the Stadler-built trains will be phased in on the Norwich-Great Yarmouth/Lowestoft and Norwich-Cambridge routes over the coming weeks. A formal launch is planned for later in the summer and The Railway Magazine will be reviewing the Class 755s in a future issue.

The Office of Rail and Road (ORR) has now also authorised the use of Stadler Class 745 EMUs by Greater Anglia, subject to specific conditions being met.

Ten Class 745/0s will form the inter-city fleet with First Class and buffet facilities, while the ‘745/1s’ have greater luggage space for Stansted duties.

The approval allows driver training to begin in earnest, with a view to introduction to service later in the year.

Each sub-fleet has 10 sets, and by the end of July seven of the 20 sets had been delivered to the UK.