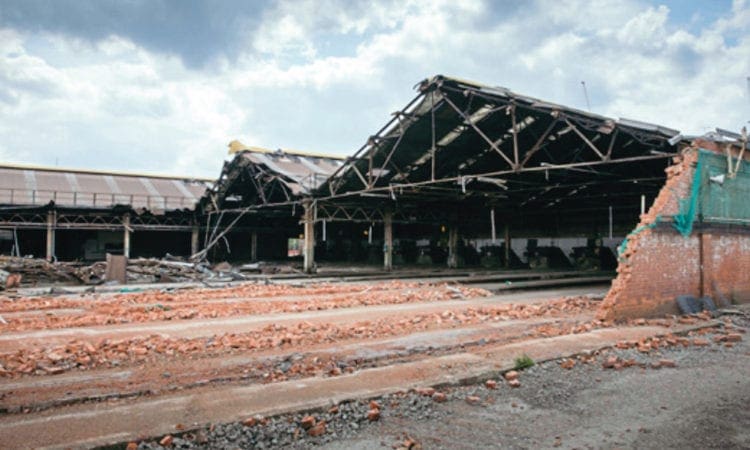 Originally built in 1906, the 280-metre long sheds were once part of the vast Old Oak depot site. Much of the site was cleared in 2011 to make way for the neighbouring Crossrail depot, but some parts were in use for HST maintenance until June.

The former heavy maintenance and wheel lathe sheds have also been demolished, and 40,000 tonnes of concrete slab, which covered a quarter of the site, has been crushed and recycled.

The former train washing plant was carefully dismantled and moved to Long Rock depot in Penzance for further use.

The adjacent 1970s diesel shed is due to be demolished in the autumn, with the Heathrow Express buildings expected to remain into 2020, before they are also removed to make way for construction of the new station.

Read more on this story in the August issue of The Railway Magazine – out now.