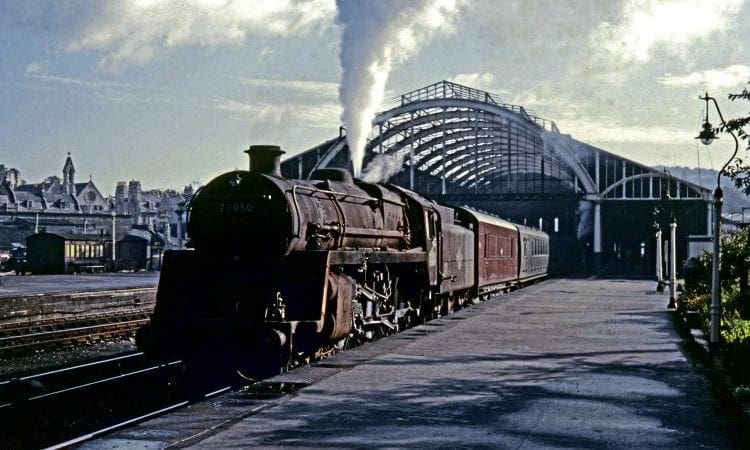 In the June 1980 issue of The Railway Magazine, Mike Arlett recalled the history of The Midland Station at Bath (renamed by BR as Bath Green Park in June 1951). All these years later it is apparent there still remains some confusion as to the date the station opened and the alleged existence of a ‘temporary terminus’. August 4, 2019 marks the 150th anniversary of the opening of the line from Mangotsfield to Bath, an opportune time to clarify these matters.

In May this year, I received as a birthday present, a handsome book (republished 2018) in which it is claimed “the (Midland Railway) line opened to a temporary terminus in Bath in 1869.

A permanent two-platform terminus…opened in 1870”. When I last looked (also this May), one entry in Wikipedia stated much the same.

Both are incorrect, but are by no means the only examples where this information has been misquoted. To get to the facts, we must first turn to a local newspaper report, viz:

“A Bristol paper understands the Midland Railway Company, upon completing their line to Bath, will erect a magnificent station at the lower end of Queen Square, and that the land required for the purpose has already been secured.

Although we are not in a position to give a more positive contradiction to this statement, we nevertheless believe that it is incorrect. We have always understood that the station in question would be built at the rear of Seymour Street, and from the inquiry we have made, we believe we are correct.”

So reported the Bath Chronicle on Thursday, May 31, 1866. The paper’s understanding of the proposed location was indeed correct; the ‘magnificent station’ was to be built fronting the north-west side of Seymour Street, [1] around 200 yards to the south of Queen Square, immediately beyond the junction of Charles Street with James Street West.

Read more and view more images in the August 2019 issue of The RM – on sale now!