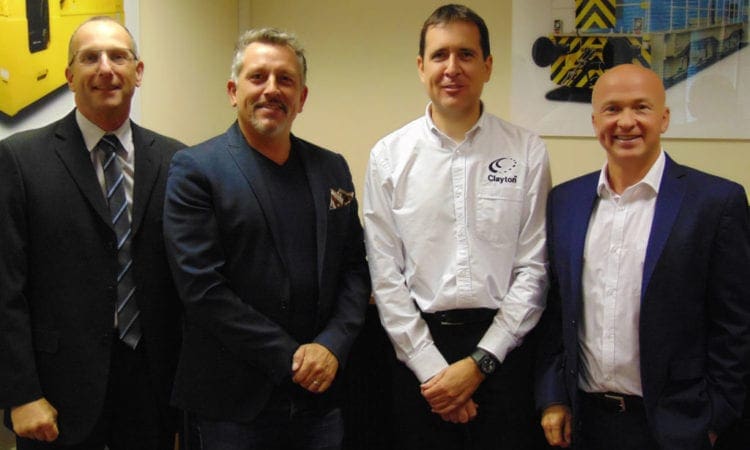 Snowdon Mountain Railway has begun a programme of replacement for its existing diesel locomotives which began service in 1985.

The 123 year old railway began looking into replacement locomotives five years ago, after extensive market research and specification development, Clayton Equipment Limited has been chosen as the preferred supplier.

Clayton Equipment Limited are a UK based Locomotive manufacturer specialising in bespoke hybrid battery-diesel locomotives for use in tunnelling, metro and mining. The two new locomotives will be commissioned and ready for service for the start of the railways 2020 season in spring next year.

The new 800mm gauge hybrid locomotives will be driven by High Torque, maintenance free electric motors, and powered by traction battery and diesel generator. As Snowdon Mountain Railway is an Abt Rack and Pinion Railway, the traction and braking is all taken through the pinions.

On descent from the summit the diesel generator will be switched off whilst service braking recharges the battery ready for the locomotives next accent.

This configuration will lead to significant maintenance and fuel savings as the engines are lower power units than the existing diesel locomotives, are modern Euro Stage 5 compliant, will be quieter than the conventional diesel locomotives and with the lowered emissions, the reduced operating cycle will deliver significant fuel and carbon emission savings.

The new locomotives also allow for added passenger capacity. As part of the requirements specification process Snowdon Engineers and Operators investigated the possibility of carrying passengers on-board a larger locomotive.

The Clayton proposal allows up to an extra 12 passengers per train, allowing Snowdon Mountain Railway to extend their existing service.

The proposal offered by Clayton allows us to push Snowdon Mountain Railway into a new era of fuel efficiency, emission reductions and take a radical step forward for the business.”

Clive Hannaford, Managing Director at Clayton Equipment Ltd said: “We’re proud to support the Snowdon Mountain Railway with the introduction of the new locomotives. The locomotives are the first of its type designed and built in the UK for over 27 years.”