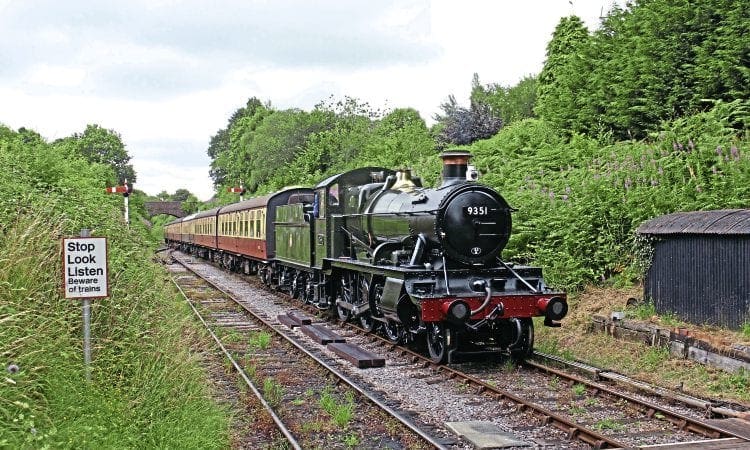 THE loss of on-hire No. 7802 Bradley Manor with a damaged cylinder casting (see separate story on p71) has been tempered somewhat for the West Somerset Railway with the return to service of 2-6-0 No. 9351.

The GWR-inspired Mogul has been overhauled over a six-month period by the West Somerset Railway Association (WSRA) at Williton, and was finally rolled out of the works on July 12 when it transferred to Minehead shed for testing.