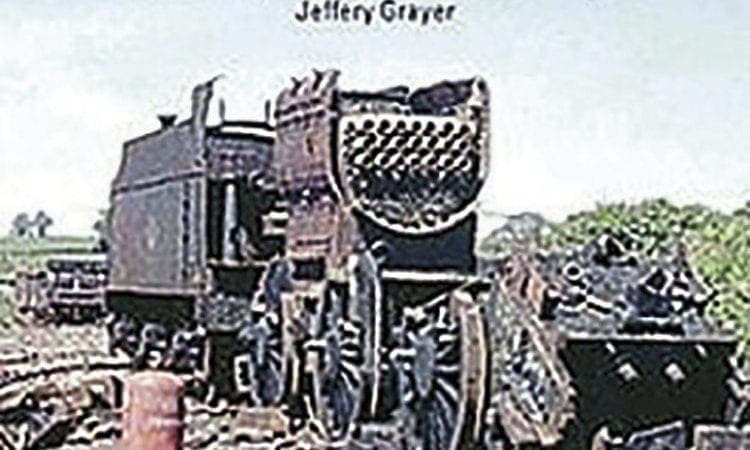 Thanks to countless books (including one by the author) and articles that have appeared over the decades, we all know about Dai Woodham’s benevolent scrapyard at Barry and will be familiar with the long lines of withdrawn steam locomotives rusting in the salty air of the Bristol Channel.

However, this new volume looks in depth at one of the scrapyards from which, sadly, locomotives did not get away to start a new life in the heritage sector.

George Cohen & Sons’ yard at Cransley, to the west of Kettering, occupied a predominantly rural location on the site of a former ironworks. It was here that many a classic main line or industrial steam locomotive met its end, along with diesel and electric locomotives, DMUs, EMUs, coaches and even some vintage London Underground stock.

Much of the stock arrived at the yard via the former Loddington industrial branch, which remained open as far as the scrapyard until 1980.

A wealth of colour and black and white photographs makes the best of the A4 format, capturing locomotives that could but stand and rust until the end came. One chapter, for example, is devoted to the 10 GWR Granges that met their demise there, while other yards like Cashmore’s at Newport helped render the class extinct. Eight of the Baby Deltics met their demise here too.

Cohen’s took in steam locomotives from the Southern, Western, Midland and Eastern regions, and also scrapped several industrial tank engines that came with the site.

There is a sort of grim and sad fascination about railway scrapyards. At the height of Cohen’s’ activity at the end of the steam era, the preservation movement was not sufficiently advanced to rescue more than a handful of locomotives from such places and Barry apart, by and large the cutter’s torch got to them first.

The book, the first to cover this scrapyard, however, is much, much more than a photographic record. An exhaustive list of appendices lists all the locomotives and stock believed to have been scrapped both on the site, and at other Cohen’s yards. The firm also visited other venues such as the British Steel Corporation quarries at Corby to break up locomotives on-site.

After the scrapping of railway vehicles ceased, the site was used as a car breaker’s yard until 2007 and when that business ended, there were stories of excavations among the rubble yielding locomotive parts, but this activity suddenly ended with the discovery of blue asbestos. However, the site still continued to be visited by collectors of Victorian bottles!

Read more Reviews, Letters, Opinion, News and Views in Issue 250 of HR – on sale no