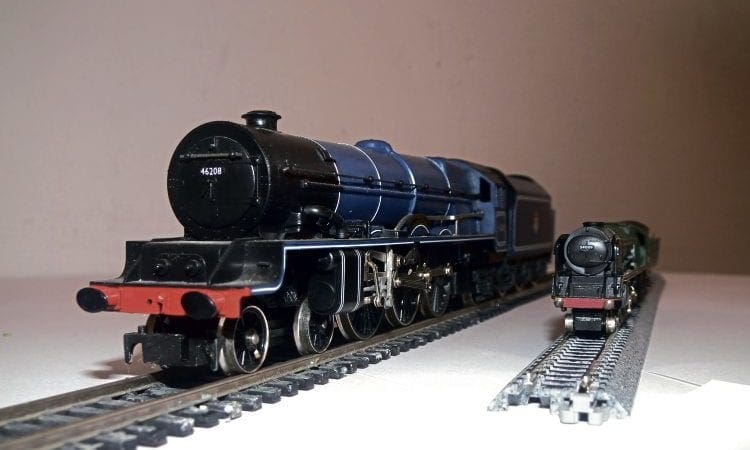 There are many ways of disposing of model railway collections, and each has its benefits. We look at today’s booming pre-used market.

Railway modelling is a restless hobby: no sooner is a layout complete than a new idea crops up and we find ourselves already thinking about something else – and if that entails a drastic change of period or gauge, the question of selling our old stock arises.

Pre-used locomotives and rolling stock are big business these days, and it’s up to the individual to work out the best method of selling on – and what about those who are left with a deceased partner’s treasured collection that’s been built up over many years?

You could advertise in the model railway press, take out a stand at a swap meet, sell to your model railway club colleagues, put everything on eBay or invite one of the large model retailers to evaluate what you have, pay an agreed price straight away and take it all off your hands in one go.

But how many of us realise what pre-used model railway equipment in good working condition is truly worth these days? Spurred on by the rising costs of brand new models, with some super-detailed DCC and sound-ready OO-gauge models already knocking on the door of £200, the second-hand market is on a notable upward spiral.

As an illustration of this, writes Pete Kelly, five years ago I bought a lovely pre-used Hornby model of ‘Princess Royal’ Pacific No. 46208 Princess Helena Victoria in early BR blue livery for £40. It still runs as well as the day it was made, and might well figure on another OO-gauge layout in the future.

By contrast, while looking for second-hand Graham Farish N-gauge Bulleid light Pacifics to run on our project ‘St Ann’s Cove’ layout last year, the eBay seller would not budge below the full £80 asking price for his uncle’s old model of rebuilt ‘Battle of Britain’ Pacific No. 34089 602 Squadron, and at a pre-used stall at a model railway exhibition last autumn, exactly the same price was asked for an air-smoothed version.

After dismantling and boxing up my OO-scale northern industrial town ‘Slagdyke’ layout around four years ago and switching to the N-scale ‘St Werburgh’s’ layout instead, I pondered several times about taking out a stand at a Lincoln swapmeet – but the thought of loading everything up, transporting it there, putting it on display and then standing around all day trying to sell it (with no guarantees of success) put me off.

For the full article, see the February 2019 edition of Modelling – available now!