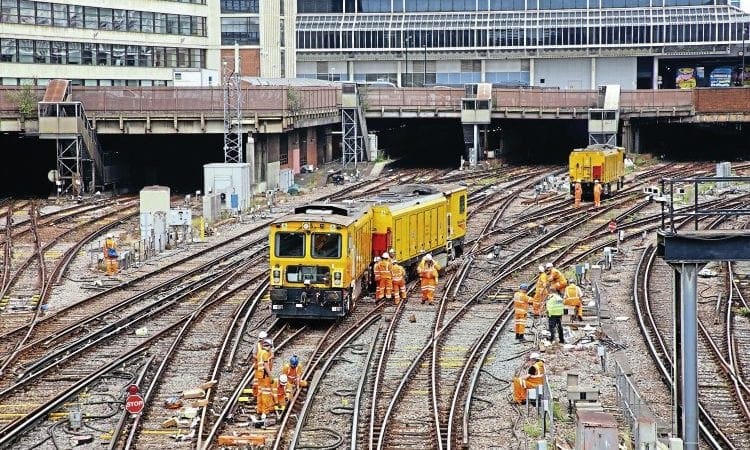 The vehicles had been engaged in overnight track maintenance in the station throat when one of the three sections became derailed on pointwork at around 03.00.

GEX services were suspended and Southern operated an emergency timetable with cancellations and diversions for much of the day while NR recovered the stricken machines. JAMIE SQUIBBS