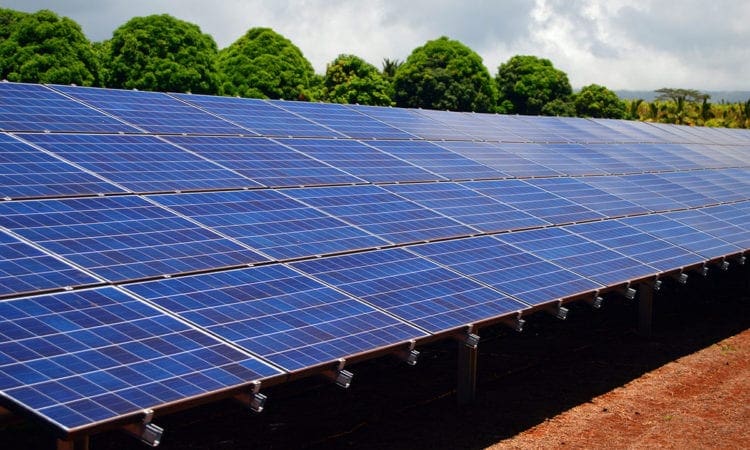 The world’s first solar farm to power a railway line directly is set to plug into a track in Aldershot, Hampshire, paving the way for solar-powered trains in the future.

Around 100 solar panels have been installed at a site trackside, and will supply renewable electricity to power the signalling and lights on Network Rail’s Wessex route.

Network Rail’s 30kW pilot scheme could trigger a larger scale project capable of directly powering trains on the route as early as next year.

However, this isn’t the first time that solar power is used in the rail industry. A number of stations, including Blackfriars in central London, use solar panels to power the operations of the station.

However, the solar panels in Aldershot will be the first time a solar array will be plugged directly into the railway’s “traction” system, bypassing the electricity grid.

Network Rail hopes to use the scheme, developed by charity 10:10 Climate Action and Imperial College London, to eventually power rail lines across the country.

Also on The Railway Hub

Stuart Kistruck, a director for Network Rail’s Wessex route, said: “We have ambitions to roll this technology out further across the network should this demonstrator project prove successful, so we can deliver a greener, better railway for our passengers and the wider public.”

10:10 Climate Change said on their website that, if successful, the project will “prove that plugging solar directly into the UK railways can be done safely and without disrupting the trains.

“We’ll also be able to work out some legal and business side of things that will need to be in place to make this happen.

“All that should pave the way for connecting the world’s first ever full-scale, community-and commuter-owned solar traction farm to the railways by 2020.