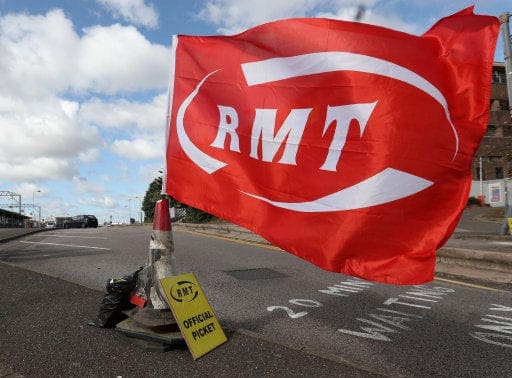 Rail passengers returning to work after the summer holidays face travel disruption today because of a strike in the long-running dispute over guards on trains.

Members of the Rail, Maritime and Transport union on South Western Railway have launched a four-day walkout which will hit services until Tuesday morning.

Some trains will be cancelled, others replaced with buses and fewer services will run into London Waterloo, the country’s busiest station.

RMT General Secretary Mick Cash said: “In the latest phase of strike action on South Western Railway over passenger safety and the critical role of the guard at the train/platform interface our members are standing united and determined to secure a genuine settlement.

“The resilience of RMT members throughout this long, hard fight to put safety on the railway first is a credit to the trade union movement.

“It is now entirely down to SWR to engage in serious and meaningful talks that honour the pledges they made to the public earlier this year on safe operation on their trains now and into the future.”

An SWR spokesman said: “The RMT has always said it wanted us to keep the guard on every train which is what we have offered as part of a framework agreement.

“We want to move the conversation on to how we operate our new trains and take advantage of the new technology on board to benefit our customers. We remain committed to finding a solution that will help us build a better railway for everyone.

“During strike action, while services are likely be busier than usual, we will do everything we can to keep customers moving.”

SWR said it planned to run just over half its normal timetabled service over the course of the strikes.

“We will also look for opportunities to introduce extra services each day to help keep our customers moving so recommend checking the SWR app for the latest travel information.”

A Transport Department spokesman said: “Every single commuter train which does not run as a result of this totally unnecessary strike impacts on thousands of passengers, who deserve to have uninterrupted services.

“SWR is working hard to ensure that disruption is kept to a minimum.”