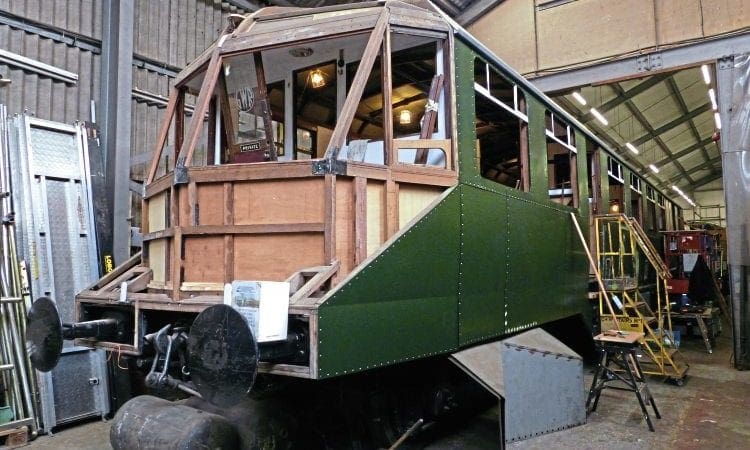 GWR diesel railcar No. W20W is receiving a thorough overhaul at Tenterden on the Kent & East Sussex Railway (KESR).

It arrived by rail as an ‘out-of-gauge load’ in April 1966. Years of restoration followed, before entering service by Christmas 1972. It had the duty of hauling the KESR’s first revenue-earning train in February 1974.

It was withdrawn after six years of regular use because of severe body panel corrosion and general rot. Some restoration took place during the 1980s and ’90s, but No. W20W really needed major surgery.