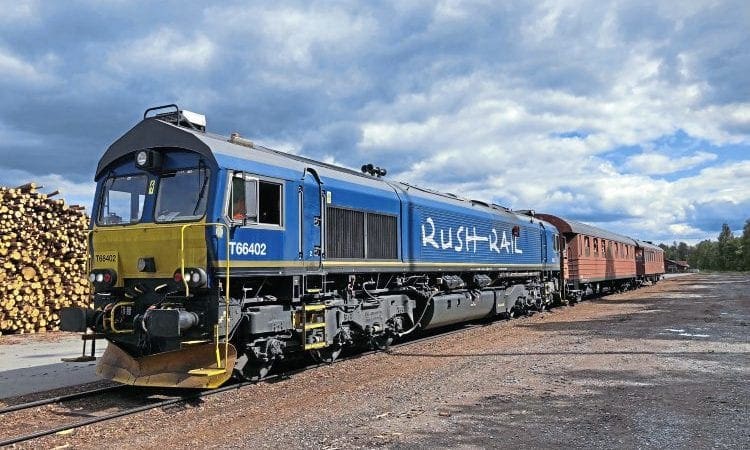 The type has been in use in the country for many years, but there had not been any passenger workings before.

The train was an enthusiasts’ charter that visited several freight-only lines, organised by a Swedish rail group. Electric traction was used between Stockholm and Borlänge.