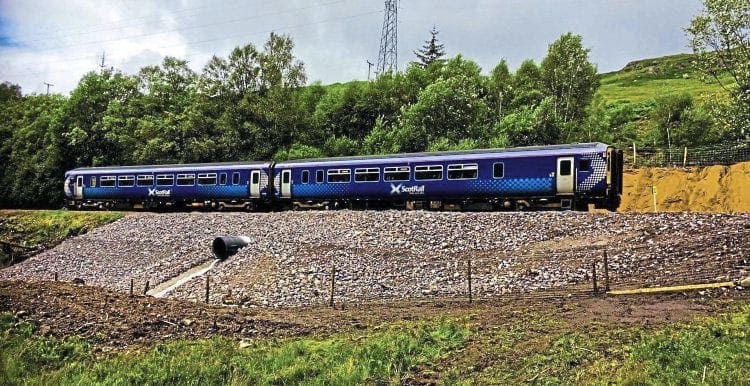 SCOTLAND’S West Highland line was closed on August 4 after heavy rain caused serious landslips at Glen Falloch, south of Crianlarich, which left the track in mid-air.

There was also a ballast washout near Tyndrum Lower, with heavy rain flooding the line at Arrochar.

After Network Rail had carried out a detailed geo-technical and aerial survey of the damage between Ardlui and Crianlarich the initial view was the line would remain closed until August 22.

Because of the remote location, engineers needed to move 3,000 tonnes of rock to the site to allow the embankment to be rebuilt and the track reinstated.