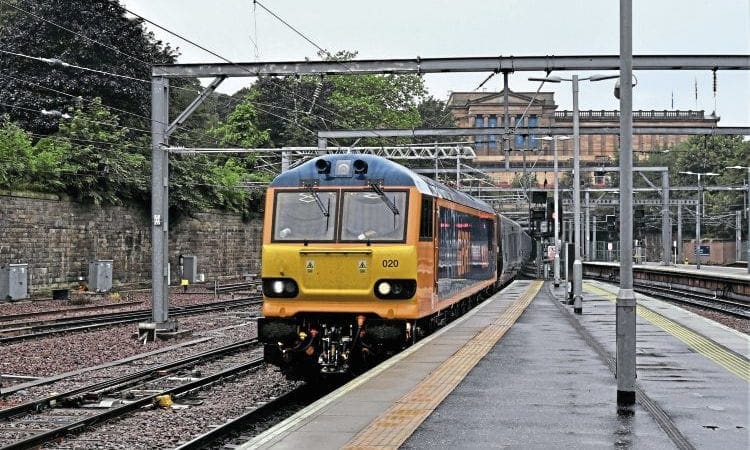 THE loss of control of the train brakes during the operation of the ‘Lowlander’ Caledonian Sleeper service on August 1 on the approach to Edinburgh Waverley station is being investigated by the Rail Accident Investigation Branch (RAIB).

Starting as the 23.36 from London Euston the previous evening, the Glasgow and Edinburgh portions divide at Carstairs into two eight-coach portions, with a fresh locomotive being provided for the portion to the Scottish capital, which was hauled by Class 92 No. 92020.

However, as the train approached Waverley the driver discovered the train’s braking performance was well below normal, with the result it failed to stop as scheduled in platform 11, continued through platform 7 (the long platform is split in two, numbered 7 and 11), and came to a stand around 650 metres beyond its intended stopping point.

One eye-witness said the train appeared from The Mound tunnel much faster than the 20mph limit. As the incident unfolded, the signaller cleared the tracks for the train, which was only brought to a stand by the operation of an emergency device by the train manager, who applied the brakes.