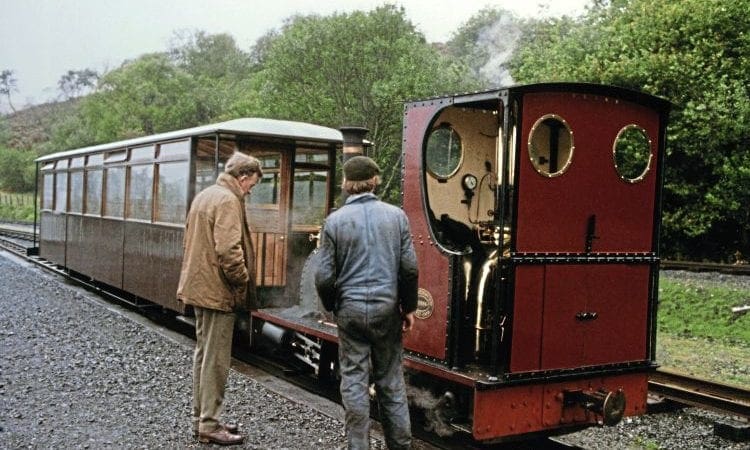 Robert Gambrill provides a tribute to Peter Rampton – a man who spent a lifetime saving locomotives and reviving railways, but who remained an enigma to many.

Peter John Rampton, born in 1934, passed away on July 3, 2019. His name is well known in narrow gauge circles in connection with saving a major collection of locomotives and carriages, as well as for his links to Brecon Mountain and Vale of Rheidol Railway’s, but few truly knew much about him.

The son of Eric and Phyllis Rampton, he was born into a family that owned the successful catalogue sales company, Freemans.

The seeds for his fascination with trains were planted early when he cycled, often with his sister Ann, the mile from home to Surbiton station to capture the numbers of passing locomotives.

Inevitably, a model railway in the loft of his family home followed with a live steam Bassett Lowke ‘Mogul’ roaring round hauling Exley coaches, creating great train journeys in the minds of Peter and Ann.

Following a boarding school education at Malvern, Peter started work with Freemans, greatly enjoying his first job in the returns department, where he liked the challenge of catching out people who, in his words, “swung the lead”!

The family had now moved to the village of Hambledon, in Surrey, within easy commuting distance to work in London, and Peter became friends with Derek Hurlock, a member of the family that founded and owned the AC car company in Thames Ditton.

In addition to sharing a passion for steam railways, the pair enjoyed many days out travelling behind some of Britain’s best locomotives (always in Pullman carriages), but it started another passion in Peter’s life, caring for, improving and driving his beloved AC cars all over the country.

In the mid-1960’s the opportunity for Peter to buy a run-down farm adjoining his parent’s house arose.

With his time at Freemans coming to an end, farming seemed an ideal way to work nearer to home. Yet another lifelong passion was born. Considerable effort was needed to get the farm working again.

Exercising his limitless enthusiasm and drive, Peter’s first venture was construction of a state-of-the-art piggery, employing automation to feed and muck out the animals. Peter often commented the pigs where much nicer than humans!

Read more and view more images in the September 2019 issue of The Railway Magazine – on sale now!