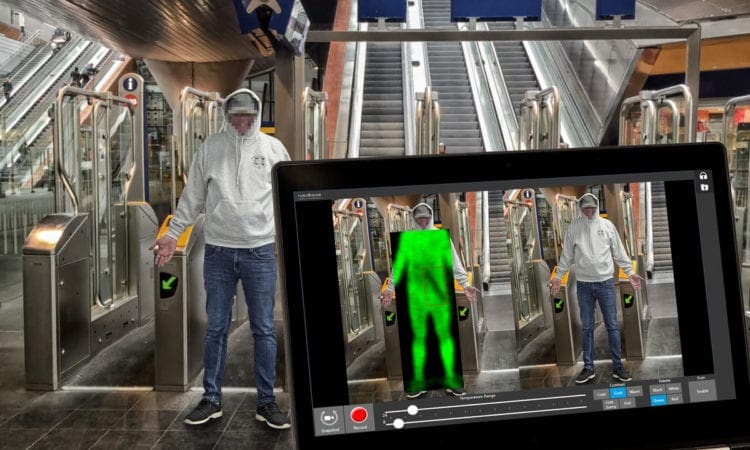 It works by revealing objects concealed in clothing that block a person’s body heat. By using training and experience police officers will be able to identify objects that could be used as a weapon, without needing physical searches. The technology is already used on the Los Angeles Metro.

Minister for Crime, Policing and Fire, Kit Malthouse, said: “We are pulling out all the stops in a battle against knife crime, in London and across the country. 20,000 more police officers will help but new technology can make an enormous impact on public safety, as this equipment shows.”

“No one should feel they can walk the streets with a knife and expect to get away with it.”

A statement from Thruvision said: “Thruvision is completely safe, respectful and non-instrusive. It does not show any intimate body parts and it is impossible to tell an individual’s identity, gender, age or ethnicity from the imagery it produces.”

Colin Evans, CEO of Thruvision said: “We are proud to be working with British Transport Police on this critical initiative, and we are confident our safe and non-instrusive technology can assist the police in tackling knife crime in the UK.”

A £500 million contract to build trains for a Metro system has been won by a Spanish firm which beat a British factory 30 miles away from the buyers, an elected mayor has said.

Ben Houchen, the Conservative Tees Valley mayor, has called for a rethink after the Hitachi Rail Newton Aycliffe plant in County Durham failed to land the major deal to design, build and maintain new trains for the Tyne and Wear Metro system.