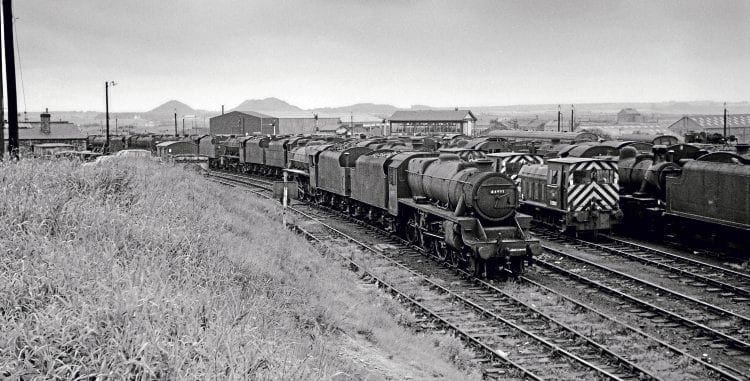 The annual family holiday for 1967 was to be a repeat of the previous year, with a return to a camping coach at Grange-over-Sands.

The rules had been relaxed slightly and it was no longer a requirement that travel had to be by rail from your home railway station to the camping coach, a reflection, no doubt, of the changing times and the growth of car transport. On the morning of Saturday, July 12, a fully-laden car with five passengers set off from Blyth, Northumberland.

Things did not go according to plan as the car broke down near Corbridge and we were towed to a garage in the village for repairs.

Ironically, my mother then purchased tickets at the railway station and set off by train to Carlisle, Lancaster and then to Grange with my sister and grandfather.

With the car repaired, it was quite late in the evening when my father and I arrived at Grange, giving me no opportunity to see the extent of the steam workings along the Cumbrian Coast route.

When I had arrived at Grange 12 months previously, I had found there were extensive steam passenger workings with the through trains from Barrow to Preston and Euston being exclusively in the hands of Britannia Pacifics.

I knew things had changed as each month I would carefully study the steam engine reallocations detailed in The Railway Magazine.

I had noted that Crewe South had lost all its Britannia Pacifics and it appeared that all the surviving members of the class were now allocated to Carlisle Kingmoor.

In addition, Barrow Sheds had closed to steam in December 1966 and therefore the prospect of seeing any of these Pacifics hauling passenger trains past our camping coach seemed quite remote.