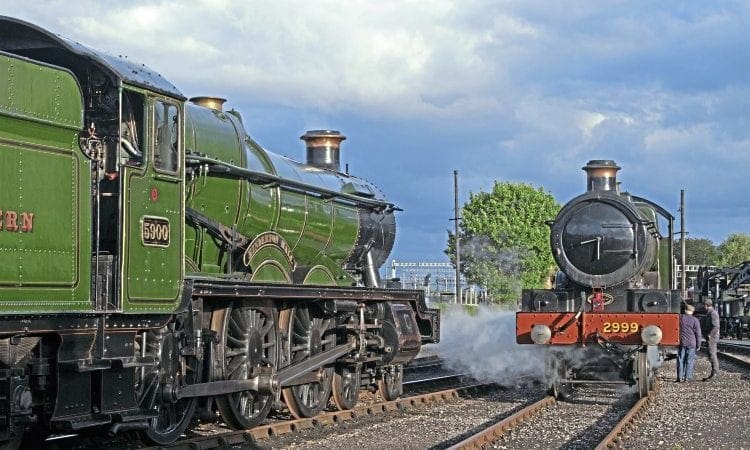 IT WAS a case of ‘before and after’ at Didcot Railway Centre on August 17 when newly completed Churchward ‘Saint’ No. 2999 Lady of Legend came face to face with Collett ‘Hall’ No. 5900 Hinderton Hall.

The meeting of the two 4-6-0s was significant: Collett’s ‘Halls’ were a direct derivative of the ‘Saints’ after No. 2925 Saint Martin was rebuilt by Collett to become the prototype ‘Hall’ in 1924.

Furthermore it illustrated No. 2999’s origins, the locomotive incorporating many parts, including frames and boiler from ‘Hall’ No. 4942 Maindy Hall.
MARTYN TATTAM