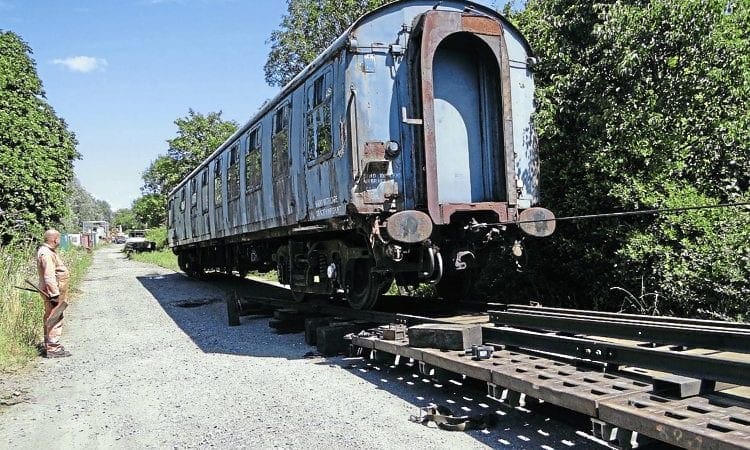 It had stood in the open at the Kent & East Sussex Railway (KESR) since 2003.


The £200,000 refurbishment will see No. 1987 transformed into a new kitchen car for the KESR’s ‘Wealden Pullman’ dining train. A European LEADER Fund grant of £74,000 has provided part of the total restoration cost, while the KESR has already raised more than £50,000, leaving around £70,000 needed to complete the work.

The carriage is expected back in Kent early next year, where it will be fitted out and commissioned in time for the new season of ‘Wealden Pullman’ services that begin in March.

Once the yet-to-be-named Mk1 is in service the ‘Wealden Pullman’s’ kitchen car – Mk1 No. 1955 Diana – will be cascaded to work in the railway’s normal service trains.


To find out more about the project or make a donation, visit: www.kesr.org.uk/projectcamilla