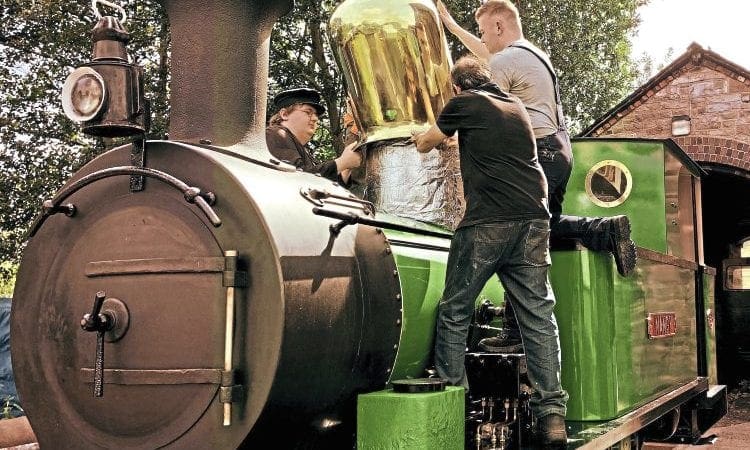 THE restoration of the Cavan & Leitrim Railway’s Avonside 0-6-0T Nancy is officially complete after 22 years’ work and £160,000 investment.

The former ironstone loco returned to steam at Alan Keef’s Ross-on-Wye workshops in March, but was delivered to Dromod without its brass dome cover as this was still being manufactured by The Dorset Copperfish.


The new dome was finally delivered by Alan Keef on July 27, and C&L volunteers wasted no time fitting it to Nancy as a final finishing touch (pictured). C&LR