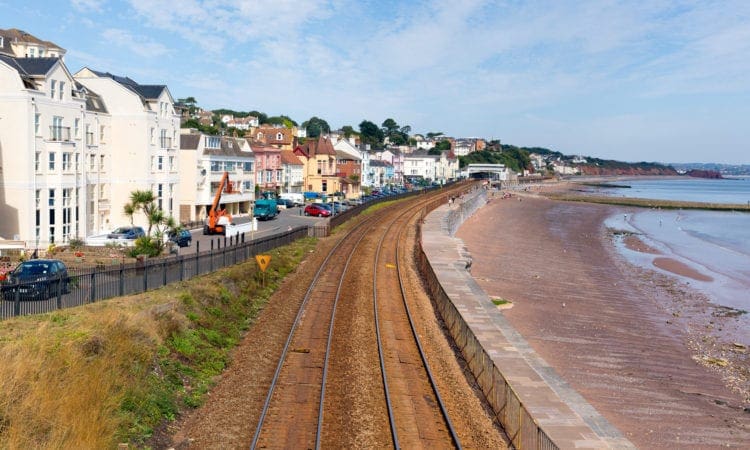 A new report from the UN is set to warn of the impacts that coastal communities around the world are facing from rising seas, increasing storms and changes to the oceans.

The UK is not immune: the Committee on Climate Change warned last year that some 1.2 million homes in England will be at risk of coastal flooding and 100,000 properties will be threatened by eroding coastlines by the 2080s.

Already homes and infrastructure are being hit and hundreds of miles of major roads and railway lines, dozens of railway stations and even historic landfill sites would be at risk at the coasts by 2100, a report from the committee warned.

Natural landscapes are also at risk, according to Phil Dyke, from the National Trust, which looks after hundreds of miles of coastline in England, Wales and Northern Ireland.

He said: “Far from being a distant threat, the melting of the Earth’s glaciers and ice sheets is now the main contributor to sea level rise, which when combined with coastal erosion, means swathes of the UK’s beaches and clifftops are being washed away at an increasing rate.”

“Formby, a much-loved beach in Merseyside, is the National Trust’s fastest eroding property and is predicted to lose 400 metres of coastline in places over the next century.”

He added: “As the owner of 780 miles of coastline, we are at the frontline of all changes to our seas – from extreme storms and flood events to the destruction of valuable ecosystems.”

The Trust said it was working with nature to adapt to changes.

At Cwm Ivy, Gower, Wales, the sea wall protecting reclaimed land was breached in a winter of bad storms, but instead of rebuilding it, the trust has allowed the sea to flow in creating wildlife-rich salt marsh.

In Wales, Sky Ocean Rescue, WWF and Swansea University have launched what they say is the biggest restoration project of seagrass meadows ever undertaken in the UK, after 92% of the habitat was lost in the last century.

The scheme aims to show how seagrass can be restored to capture large amounts of carbon to fight climate change at the same time as recreating wildlife-rich marine habitat.

Wildlife charity WWF warns that coastal communities elsewhere in the world are struggling in the face of climate change.

In Greenland, the sea freezes later now in Ittoqqortoormiit and the lack of ice makes it harder for polar bears to find food, so they are spending longer on land, leading to an increase in human-polar bear encounters, WWF said.

In Bangladesh’s coastal Chittagong area, tidal surges are hitting the city as often as twice a day, resulting in frequent serious flooding of homes and businesses and forcing people to move.

And in Miami, Florida, 15,000 people live less than three feet above sea level and during high tides, water rises out of the ground, flowing backwards out of storm drains and flooding neighbourhoods, the environmental group said.