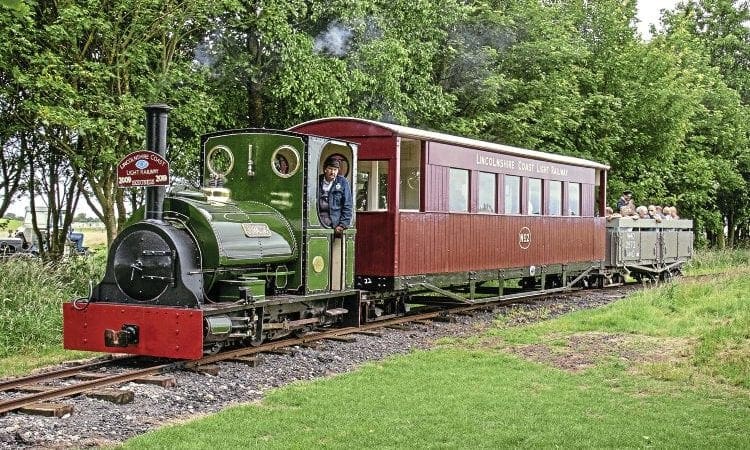 LCLR ran at Humberston, near Cleethorpes, between 1960-1985, with the equipment relocated to Skegness in 1992 following a period of storage.

Volunteers and supporters who then rebuilt the railway at Skegness Water Leisure Park and have operated it for a decade were praised at a ceremony attended by the Mayor of Skegness, Coun Mark Dannatt, guests and supporters from all over Britain.

These included volunteers from the earliest days of the railway, three of whom filled operating roles on the celebration day.

The mayor fed an iced wooden ‘cake’ with 10 candles into the firebox of Jurassic.