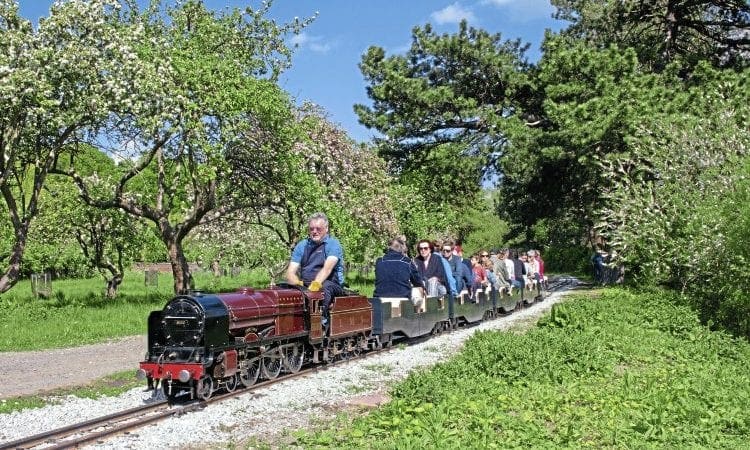 A VISIT by Narrow Gauge Railway Society members to the 10¼in-gauge Newby Hall Railway on May 12 found No. 4433 Ivatt Atlantic (David Curwen & Edgar Newbery 1965) recently arrived from the Audley End Miniature Railway, Essex, via a March 12 auction (RM May, p84).

The 4-4-2 did not appear to have entered service yet and trains were worked by long-time resident No. 6100 Royal Scot (S Battison 1953), steamed specially for the occasion.


The 1,000-yard-long line runs alongside the River Ure and consists of two balloon loops with the station in the middle.