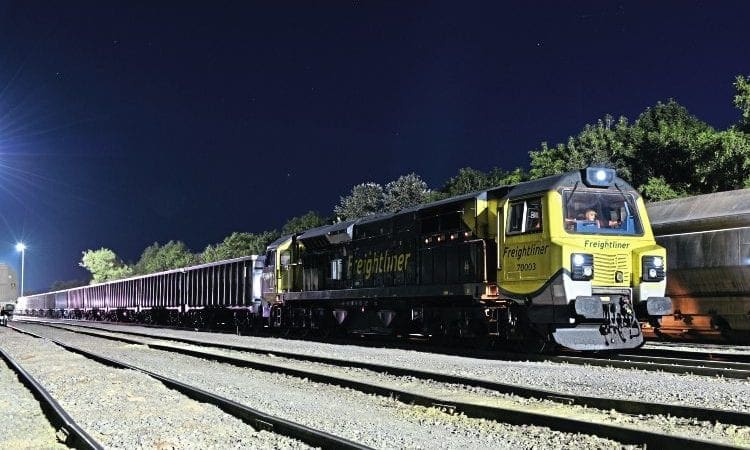 FREIGHTLINER’S trial run of a Mendip Rail ‘jumbo train’ using a Class 70 diesel has been hailed as an outstanding success by the operators.

No. 70003 hauled a train weighing 4,624 tonnes between Merehead Quarry in Somerset and Acton Yard in West London on July 17. These trains are currently the heaviest in the UK and are normally powered by Mendip Rail’s fleet of Class 59/0 and 59/1 heavy haul diesels.


The trial run was in preparation for the start of Freightliner’s bulk haulage contract with Mendip Rail, a joint venture between Hanson UK and Aggregate Industries.