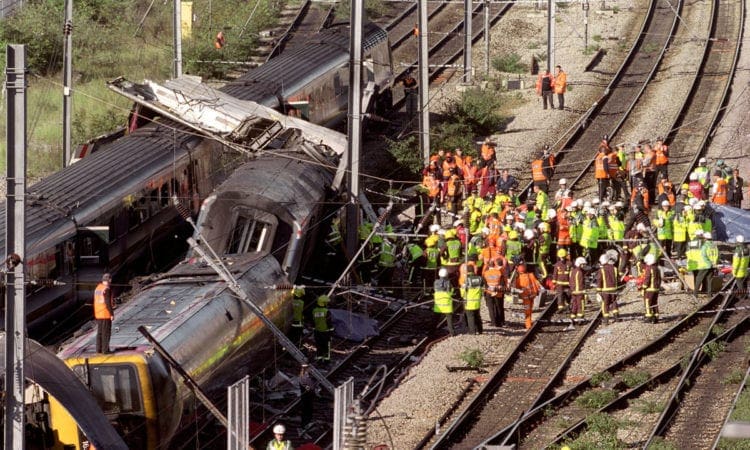 Today marks the 21st anniversary of the Paddington train crash which killed 31 people.

The subsequent inquiry found the Thames Trains service travelling from Paddington to Bedwyn in Wiltshire had gone through a red signal.

It then crashed into the London-bound high-speed First Great Western train which had left Cheltenham Spa in Gloucestershire at 06:03.

The Thames driver, Michael Hodder, 31, and the other train driver, Brian Cooper, 52, were among those killed as the collision led to a fireball in which coach H was burnt out.