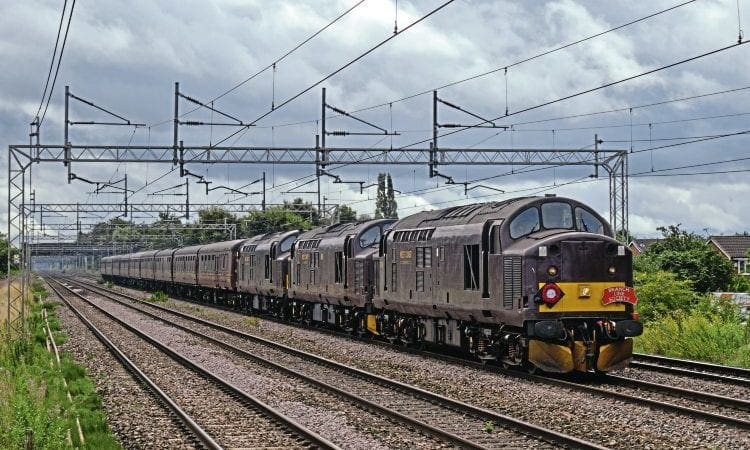 THREE Class 37s at the head of a heavy freight train used to be a regular sight in South Wales and around Glasgow in BR days, but such a trio has always been a rare event on passenger trains.