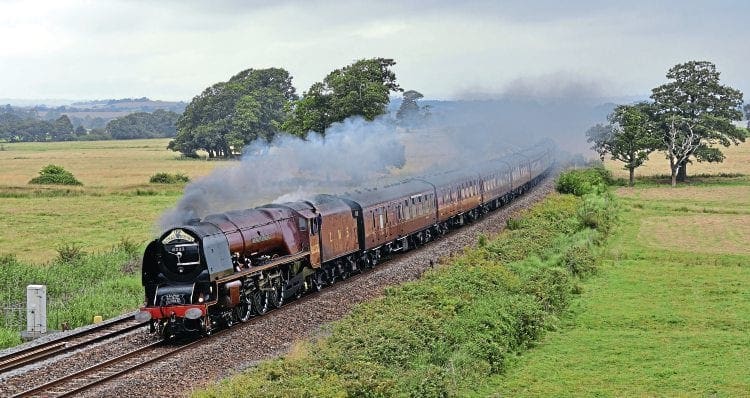 STANIER Pacific No. 6233 Duchess of Sutherland put in a storming performance on August 4’s ‘Royal Duchy’, using its immense power to set a new record time for steam on the Plymouth to Exeter leg.

The 50 miles, including steep climbs to Hemerdon and Dainton and numerous curves and speed restrictions, were reeled off in just 59 minutes and 26 seconds after a 30-minute late start from the Devon city.