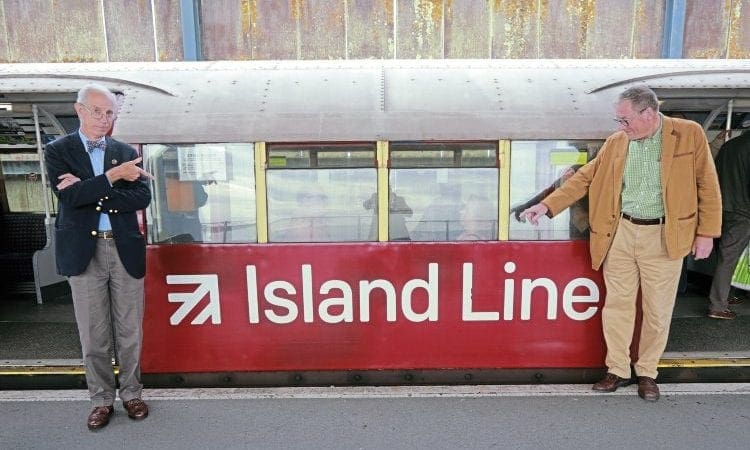 Vivarail trains for Isle of Wight as part of £26m investment

THE unique Island Line will remain a heavy rail-operated route thanks to an investment worth £26million to cover new trains, a new passing loop, new platform height, and other infrastructure changes.

The news comes at the end of a four-and-a-half year battle by campaigners to save the quirky 8½-mile line.

The package of improvements was confirmed in a ministerial announcement at Brading station on September 16.

Vivarail will supply five two-car Class 484 third rail-powered electric trains to replace the 1938-built Class 483 1938 Tube stock now on their last legs. The line will be upgraded, too.

Rail Minister Chris Heaton-Harris said: “These trains have diligently served passengers since 1938 – coinciding with the first edition of the Beano – so this upgrade is a long overdue boost.”

Mr Pugh is a leading member of the non-political community pressure group Keep Island Line in The Franchise (KILF), which brought a remarkable and normally unthinkable alliance between the RMT union and leading Conservative and Labour politicians.