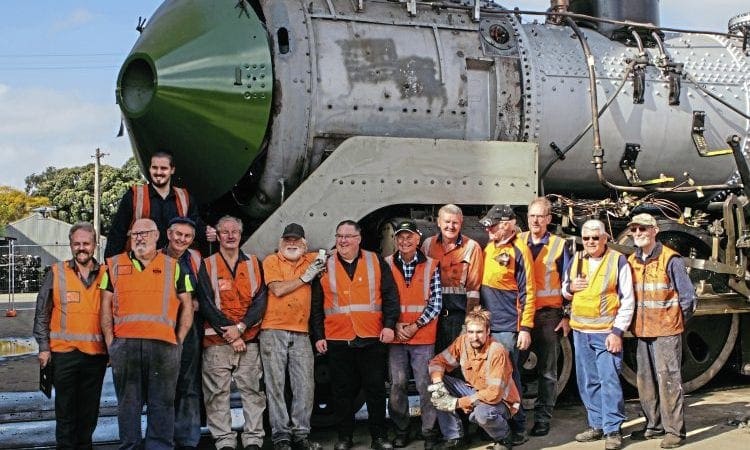 AUSTRALIA’S most famous steam locomotive – ‘C38’ Pacific No. 3801 – steamed for the first time in more than a decade on September 16 as its protracted overhaul enters the ‘home straight’.

It was a significant milestone for Transport Heritage New South Wales (THNSW) and the overhaul team at Eveleigh, coming just a week after the loco’s grate was installed in the firebox.

As has been well documented, the overhaul of the former New South Wales Government Railways 4-6-2 has not been without its problems.

A new welded boiler, built in 2010 by Deutsche Bahn Meiningen Steam Locomotive Works in Germany, was set aside after issues were discovered that meant it did not comply with Australian Standards.

Instead THNSW, which inherited the project in 2014, decided to overhaul No. 3801’s original NSWGR riveted boiler.

The work was completed earlier this year by Ainsworth Engineering in Goulburn, NSW, and has seen the original full working pressure of 245psi restored.

Despite the successful first firing there is still some way to go before the loco is finished and ready for its highly anticipated relaunch next year. It has not run since withdrawal in 2007.