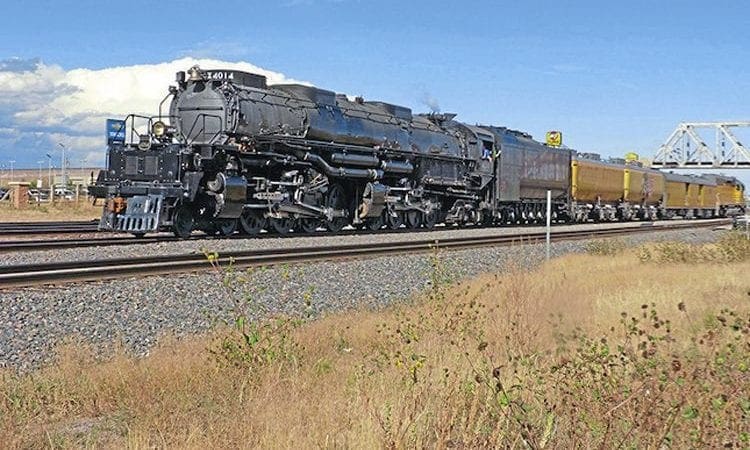 The 16-mile return run to Speer, from its base at Cheyenne, Wyoming, was carried out by Ed Dickens, senior heritage operations manager for UP.

The journey was designed to check the minor adjustments that were needed after its immensely successful outing earlier this year to the ‘Golden Spike’ ceremony in Utah, commemorating the completion of the transcontinental railroad.

The locomotive hauled two extra water tenders and a diesel locomotive, running with its dynamic brakes on to provide a partial load for the locomotive.

The run was successful, and preceded the loco’s departure to California to haul a charter train for the Railway & Locomotive Historical Society, due to run in late October.

Operating the charter was part of the original transfer agreement concluded in 2012. PETER JORDAN

Murder on the Rails - The Rhoda King Story | In Training Podcast