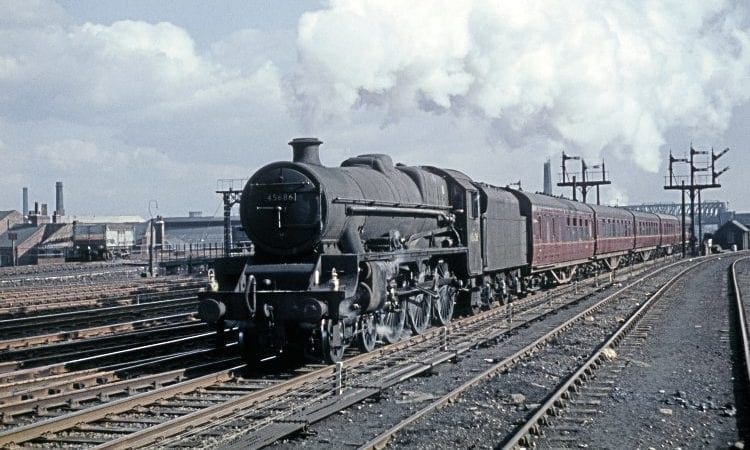 Wortley Junction, west of Leeds, was a busy part of the network and had a complex layout. In an unorthodox Practice & Performance,  John Heaton FCILT recalls how the ’box was operated, as well as timings of workings on that route.

DUSK used to fall early on February afternoons in the northern industrial cities of the 1950s. In Leeds, fog on the River Aire mixed with the output from mill and factory chimneys to form thick smog.

Peering through the murk from the signalbox windows of Wortley Junction there were eight tracks and a tangle of crossover roads spanning the former Midland Railway running lines and those of the former North Eastern Railway to Wortley North ’box almost directly opposite. Both companies were united under the nationalised British Railways umbrella, but sometimes only in name.

It is 4.42pm on February 7, 1952, that morning’s dawn having heralded the beginning of the second Elizabethan era, following the death of King George VI the day before.

England’s traditional economy remains firmly based on mineral extraction and manufacturing, served by railways on which freight dominates passenger traffic.

Midland ‘4F’ 0-6-0 No. 44335 disappears towards Whitehall Jct and Stourton Yard with a lowly Class K local trip working as the signalman sets up the crossover roads from the Down slow line towards the Down North Eastern.

Obtain the bolt release from Wortley North. Unlock and reverse No. 18 facing points, lock them with lever 37. Change No. 17 crossover, clear No. 38 signal in conjunction with North’s No. 4. (See Figure 1 for a plan of the layout with lever number annotations.).

There was no splitting distant to the North Eastern so no need to clear those as ‘A3’ 4-6-2 No. 60088 Book Law strides across the layout with the lengthy 2.15pm Liverpool Lime Street-Newcastle via Harrogate.

The locomotive is resplendent in British Railways express blue livery with the lion totem on the tender. The new order was coming, for better or worse, in sickness and in health.