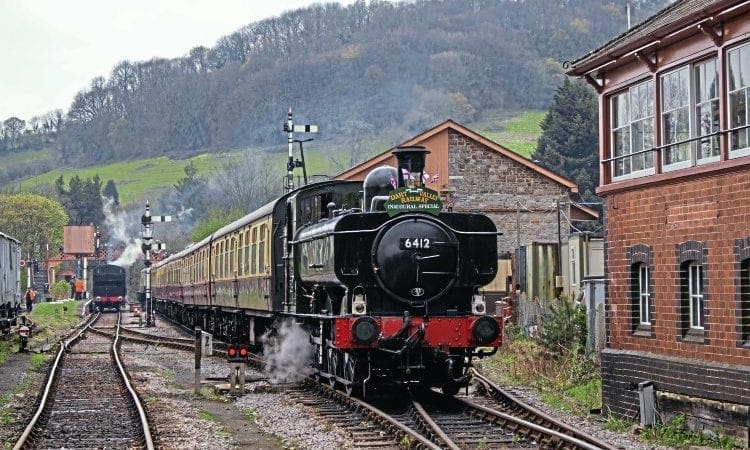 THE West Somerset Railway’s (WSR) Autumn Steam Gala will take place just days after this issue of The RM goes on sale, with a no fewer than four GWR Collett panniers taking centre stage.

Three of the ever-popular 0-6-0PTs will be visiting the railway for the October 3-6 A Country Railway-themed event, including one-time resident ‘64XX’ No. 6412, from the South Devon Railway (SDR).

The auto-fitted pannier has had a close relationship with both the Minehead and Ashburton branches during its preservation career, hauling the inaugural trains on both lines.

After its sale from the Dart Valley Railway (now the SDR) to the WSR in 1976 it went on to find fame as the ‘Flockton Flyer’ in the 1977 children’s television programme of the same name.

The loco went full circle in 2008 when the WSR, having deemed the pannier too small for general use on its line, agreed to sell No. 6412 back to the SDR.