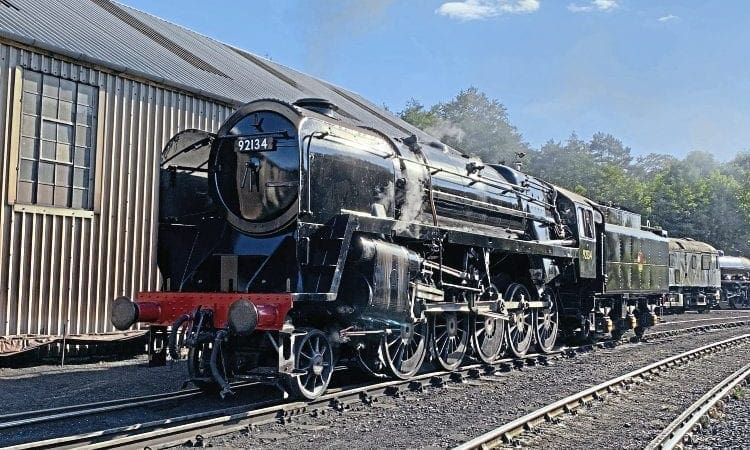 Howard Self’s single-chimney 2-10-0 was coupled to the borrowed ‘BR1G’ tender from Wansford-based ‘5MT’ No. 73050 City of Peterborough’

It was lit up for the first time on September 6 by Howard’s son, who has watched the progress of the restoration over the last 20 years, and been actively involved in the latter stages.