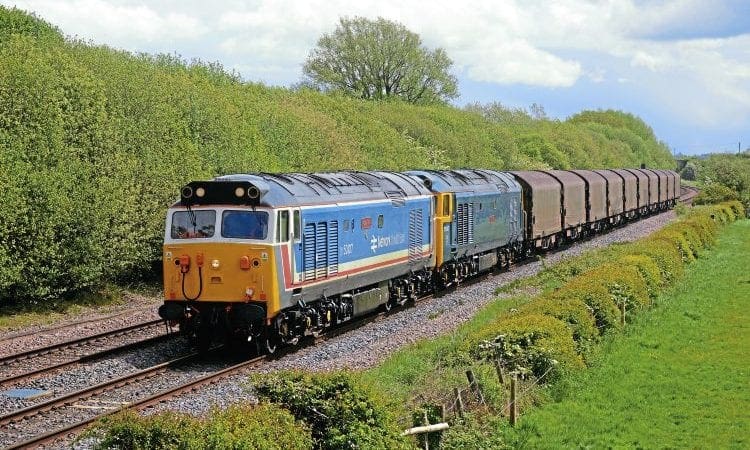 THE Great Central Railway has bought Class 50 No. 50017 Royal Oak from Boden Rail. The sale of the ‘Hoover’, minus its main line running safety systems, was completed on February 1, ending a nervous few days in which the loco had been threatened with scrapping.
Royal Oak, one of two Class 50s owned by Boden Rail along with No. 50050 Fearless, was put up for sale on January 21.
A statement from the company said: “Due to business commitments, and to keep investing in No. 50050 (which includes generators being overhauled) and the return to service of No. 37240 (which will have its own role soon), we can no longer support No. 50017, especially with space constraints at Nottingham Eastcroft.
“The locomotive can either be sold complete with safety systems for a set price or sold at a reduced price with all safety systems removed, or can use it as component recovery to support Nos. 37240 and 50050.
“This is a difficult decision, but the railway is a changing place and the workshop must take priority.
As Rail Express closed for press, GCR officials were arranging
transport for the ‘50’ to be brought by road from Boden Rail Engineering’s base at Nottingham Eastcroft.
No. 50017 was built by English Electric at the Vulcan Foundry in Newton-le-Willows in 1968 for use on the then non-electrified section of the West Coast Main Line between Crewe and Glasgow. Like all of its 49 classmates, the loco ended its career on the Western Region, working its last BR train in September 1991 before being withdrawn because of main generator damage.

Read more in the March issue of Rail Express, on sale now.