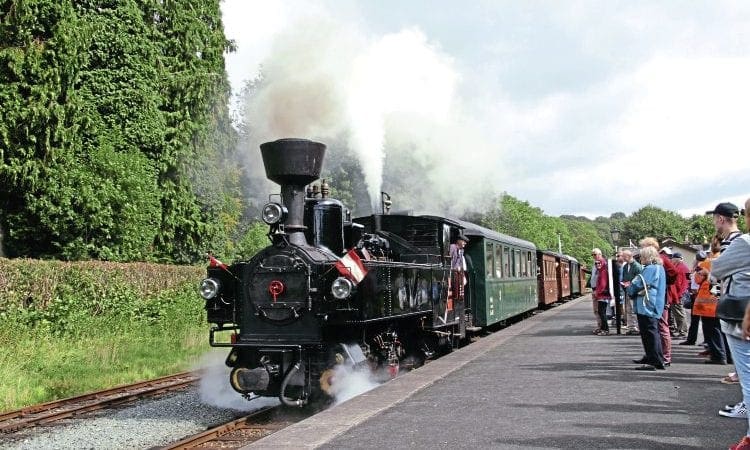 ‘U’ CLASS 0-6-2T No. 2 Zillertal, from Austria’s Zillertalbahn line, made its debut in Mid-Wales
as the star of the Welshpool & Llanfair Light Railway’s (WLLR) August 30-September 1 steam gala.