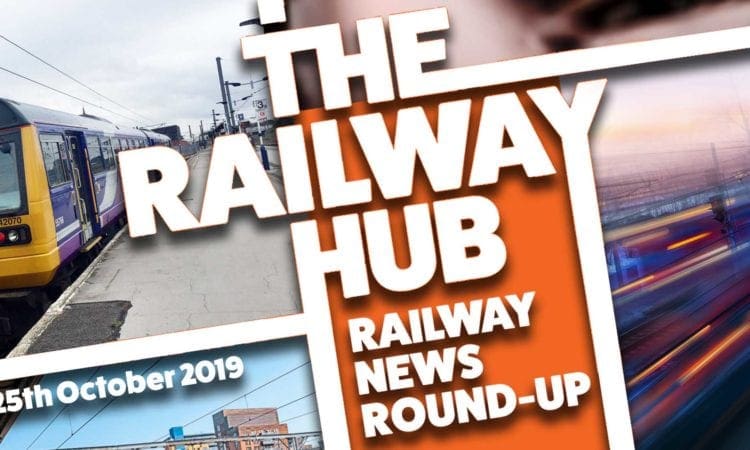 This week, we cover leading politicians who think passengers should be compensated for travelling on Pacer trains plus the government support reversing the Beeching cuts.

Should passengers be compensated for travelling on outdated Pacer trains?

Greater Manchester mayor Andy Burnham, Sheffield City region mayor Dan Jarvis and Leeds City Council leader Judith Blake have expressed to the company their “deep disappointment and frustration” at news that the trains will continue to be used into 2020.

The letter signed by the three leaders and sent to Northern managing director David Brown said the firm should reduce fares on routes where Pacers are being used until their replacements are brought into service.

Pacer trains to remain in service in 2020

Transport for Wales (TfW) is awaiting permission from the Department for Transport to continue using outdated Pacer trains next year.

The operator is seeking a dispensation against accessibility requirements for trains which come into force on January 1.

Almost all Pacer trains will fail to meet the standards, which include provision for wheelchair users.

A spokesman for TfW said its 30 Pacers will “gradually be removed from service” as more modern Class 769 trains become available in the new year.

The firm had previously pledged to phase out the old trains by the end of 2019, but they are being kept “to improve capacity and resilience”.

The next major stage of expansion work at Leeds station will take place on October 26-27, when services will be reduced to accommodate further construction work on the new platform 0.

The new bay platform is being installed alongside platform 1 on the western side of the station, used mainly by Northern regional trains serving lines to the west of the city.

Many small stations and railway lines closed under the Beeching cuts of the 1960s should be reopened, according to the Transport Secretary.

Grant Shapps told the Commons he would support opening long-closed railway links to help improve public transport and connectivity in the UK.

Asked about plans to open a section of the Market Harborough line as part of the Oxford to Cambridge “expressway”, Mr Shapps said he backs the project. Full story.

Department for Transport data shows that Britain’s train companies paid out £79 million in total during the 2018/19 financial year, down 2.1% on the previous 12 months.

Our publisher, Mortons Media Group, is launching a range of non-fiction books to accompany the selection of Mortons bookazines already available from retailers all over the world.

The 2019/2020 catalogue showcases a wide range of topics from railway, military and aviation history to consumer issues, hobbies, crime and politics.