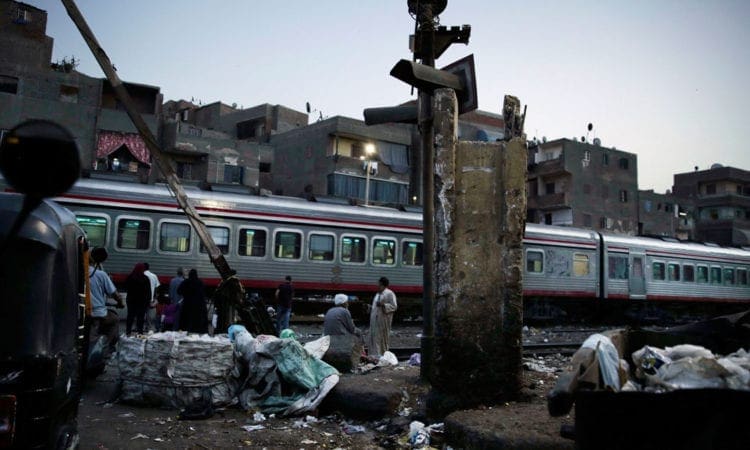 A train conductor in Egypt has been arrested following the death of one man and life-changing injuries of another near the Nile Delta city of Tanta on Monday.

The man who died, named by local media as Mohamed Eid, reportedly jumped from a moving train with a second man, Ahmed Mohamed, when the pair were unable to pay a fine of 70 Egyptian pounds (£3.38) for travelling without a ticket.

There have also been calls on social media for the resignation of transportation minister Kamel el-Wazir. The other youth who was forced to jump from the train was injured.

Railway authorities said the conductor had demanded the youths “pay tickets but they refused”, after which he opened a carriage door for them to jump out.

The conductor remains in custody pending an investigation.

Egypt’s railway system has a history of badly maintained equipment and poor management. Latest official figures show that 1,793 train accidents took place across the country in 2017.

The deadliest train crash occurred in 2002 when more than 300 people died after a fire erupted on a train travelling from Cairo to southern Egypt.

In February, at least 25 people were killed when an unmanned locomotive slammed into a barrier inside a busy Cairo station.

That accident led to the resignation of transportation minister Hisham Arafar and the appointment of Mr el-Waizir, a career army officer.

On Tuesday, at least four people were killed and four others were injured when a minibus crashed into a train in the southern city of Luxor, rail officials said.