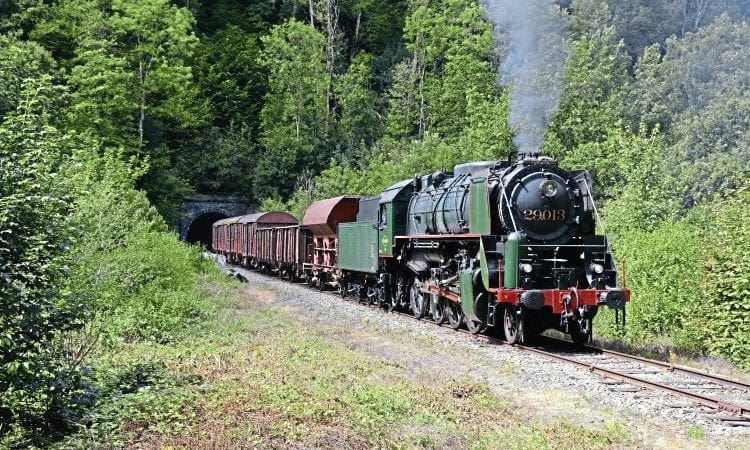 A wide variety of visiting diesel locos, from several operators, visited the line, along with preserved ex-Belgian State Railways Canadian-built (Montreal Loco Works 74511/1945) 2-8-0 No. 29 013, which operated the last regular steam-hauled passenger train in Belgium on December 20, 1966.