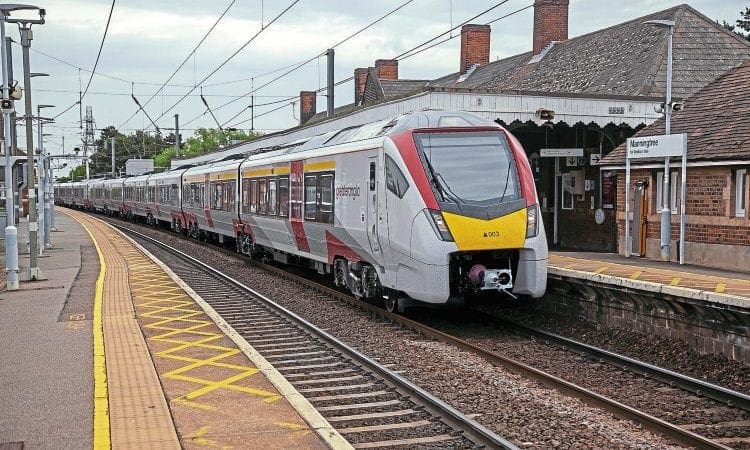 There was a ‘soft launch’ into passenger service on July 29, with GA officially introducing the new Stadler-built trains at Norwich on September 4.

No. 755413 worked return trips to Great Yarmouth and Lowestoft for the media and local stakeholders, offering the opportunity to sample the set in diesel mode.

Passenger reaction was extremely positive, with the articulated electro-diesel trains offering a significant improvement over the Class 153, 156 and 170 DMUs, used on regional routes across East Anglia.

Standard features include air-conditioning, free wi-fi, plug sockets and USB charging points, retractable stepboards, large windows and many seats grouped around tables, two toilets per set, including one fully accessible unit next to the wheelchair spaces.