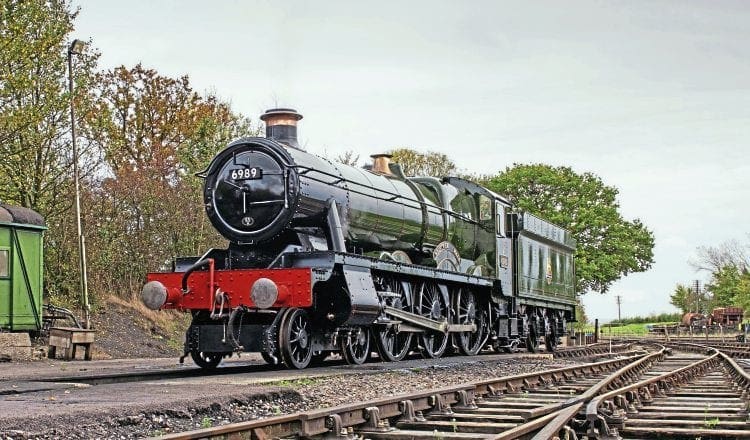 Hawksworth ‘Modified Hall’ No. 6989 Wightwick Hall will have its public launch into traffic at Buckinghamshire Railway Centre (BRC) on March 3, marking the culmination of the BR(W) 4-6-0’s four-decade restoration.

No. 6989 became the 150th ex-Barry Scrapyard locomotive to steam on December 11 (RM Jan) when it made its first independent post-restoration moves since arriving in Buckinghamshire in January 1978.

The March 3 launch will provide the public with a first opportunity to see the 1948-built loco in action, along with the spectacle of seeing two Hawksworth locos in steam together at the BRC. Joining Wightwick Hall will be ‘94XX’ 0-6-0PT No. 9466, formerly owned by the late Dennis Howells, with both locomotives working trains on the BRC’s demonstration line.


The 6989 Wightwick Hall Restoration Group will fit the spark arrester and brick arch before the loco starts to accumulate miles to iron out any teething issues.

Eventually, No. 6989 will go out on hire, but the group will not sit on its laurels, and will turn its attention to the completion of the loco’s tender.