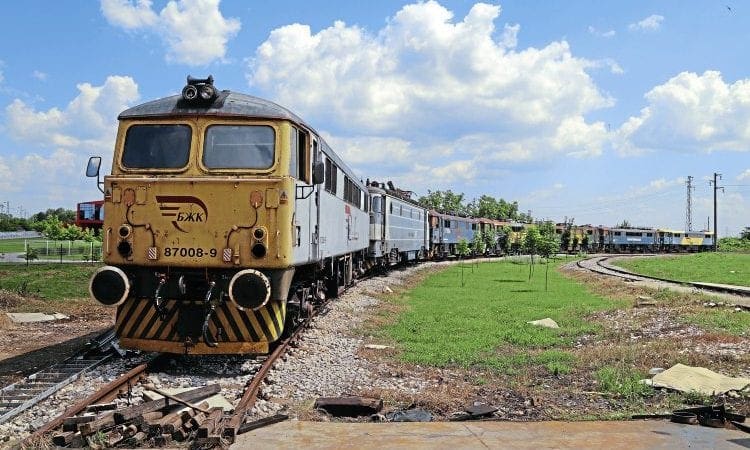 BULGARIA remains the main user of ex-BR built electric locomotives, but the competitive nature of freight operations has led to mixed fortunes for the Class 86, 87 and 92s exported there.

Operator Bulmarket has work for its well-maintained Class 87s (Nos. 87009/17/23/25), however its Class 86s, which are around 10 years older, are reported to have been suffering from transformer leaks.


The locos don’t have the same hauling capacity as the Class 87.

A team from Bulmarket visited the UK earlier in the year to look at Class 90 locos that have re-worked and transferred abroad, but apparently interest has waned.