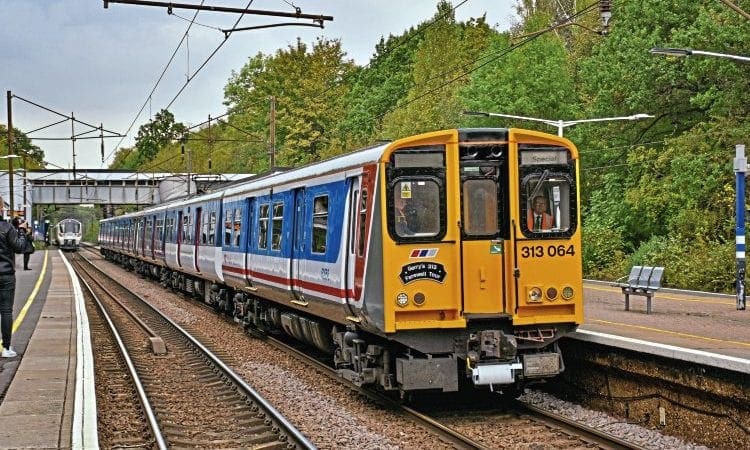 THE final two operational Govia Class 313s – Nos. 313064 and 313134 – worked a charity farewell special on October 23 from King’s Cross to Royston, then to Hertford North, before running to Moorgate where the train terminated.

The sets were replaced by Class 717s on all Great Northern services by September 30, ending the 43-year tenure of the class on GN suburban services.

The £10,000 raised by the sell-out tour will be divided between the charity Jimmy (supports young people), MIND (mental health issues), and NOAH Enterprise and The Railway Children (charities that help the homeless).

The train also marked the farewell for GTR engineering director Gerry McFadden, who has left GTR for a new project, but had overseen the introduction of 1,400 new Class 700 and 717 carriages on Govia routes.

This last ‘313’ was testament to the transformation that has come during his tenure.