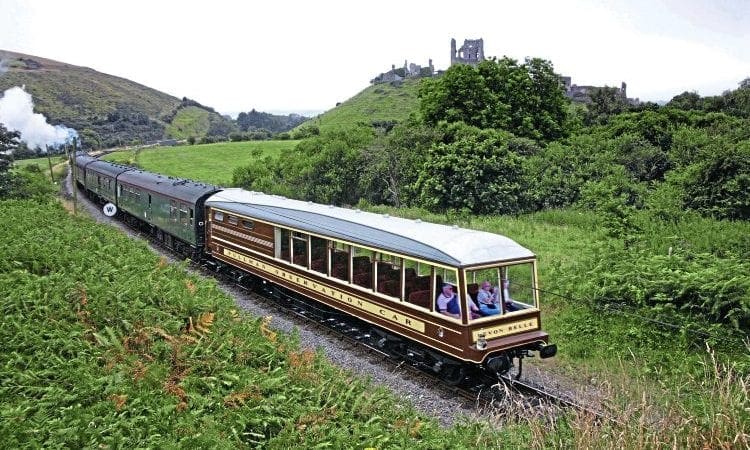 CELEBRITY ‘A3’ No. 60103 Flying Scotsman will pair up with one of the carriages that travelled with it across the Atlantic during its ill-fated tour of North America when it visits the Swanage Railway this spring.

The National Railway Museum’s Gresley Pacific will spend 20 days on the Dorset line from March 22 to April 10, during which time it will once again haul ‘Devon Belle’ Pullman observation carriage No. 14, the first time the two have been together in almost 50 years.

Between 1969 and 1972, No. 14 formed part of the promotional train that travelled with Flying Scotsman around the USA and Canada during Alan Pegler’s ambitious, yet ultimately unsuccessful, tour to promote British exports.

By 1972 the company running the tour went bankrupt and the then No. 4472 was left stranded in San Francisco until brought home by William McAlpine.

The train, including No. 14, had to remain Stateside, the observation car eventually finding use as a cafe, boardroom and even a store for a suite of offices.