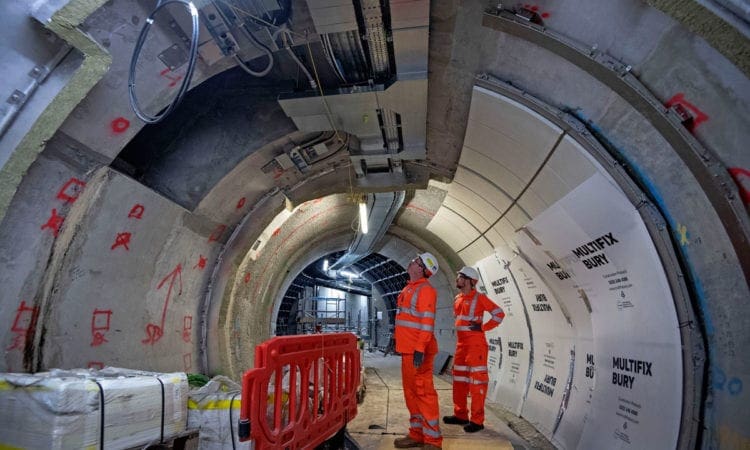 The boss of the company building Crossrail has confirmed the railway will not open next year and has run even further over budget.

Crossrail will not open next year and its cost has increased by up to £650 million, the firm building London’s new east-west railway has admitted. Here is a timeline of the key events in the Crossrail project so far.

January 2002: Cross London Rail Links Ltd, a joint venture between the Strategic Rail Authority and Transport for London (TfL), is set up to develop plans for Crossrail.

July 2004: The Government commits to introducing legislation to enable Crossrail to proceed.

October 2007: Prime Minister Gordon Brown gives the green light for the project. It is expected to cost £15.9 billion and open in December 2017.

October 2010: Crossrail’s budget is cut to £14.8 billion in the Conservative and Liberal Democrat coalition government’s comprehensive spending review. Its opening date is also pushed back 12 months to December 2018.

January 2014: The National Audit Office says the scheme is “just behind schedule”, adding that Crossrail Ltd “remains confident” it will open on time.

May 2015: Tunnel boring is completed as a tunnelling machine named Victoria arrives at Farringdon. Some 13 miles of new tunnels have been dug under London.

February 2016: The Queen visits Bond Street station and announces the railway will be named the Elizabeth line in her honour.

July 2018: Rail minister Jo Johnson announces Crossrail’s budget has risen to £15.4 billion as “cost pressures have increased across the project”.

August 2018: Crossrail Ltd announces it will miss its December 2018 opening date but the central section “will open in autumn 2019”.

September 2018: London Mayor Sadiq Khan says he only found out about the delay two days before the decision was made public, but Crossrail Ltd chairman Sir Terry Morgan insists Mr Khan was aware of the problems at least a month beforehand.

December 2018: TfL says Crossrail may be delayed further and could require a £2 billion funding boost, taking the cost up to £17.6 billion. The Government, TfL and mayor agree a financial package to cover this.

December 2018: Sir Terry Morgan resigns as chairman of Crossrail Ltd and HS2, days after predicting he would be sacked.

April 2019: A “delivery window” between October 2020 and March 2021 is announced for the central section of Crossrail.

August 2019: Crossrail Ltd says it is making “good progress” and the opening of the central section “remains on schedule”.

November 2019: The firm announces the railway will not open next year, with services beginning “as soon as practically possible in 2021”. The cost has increased by up to £650 million to £18.25 billion.